Day two of the conference was incredibly nerve-racking. It was my turn to be on stage and who was I following?!?! Deepak Chopra and his family! What’s to be nervous about?!Before the conference I made a new friend, Tiffany LaBanca (@TiffanyLaBanca). We had tweeted with each other a few times leading up to the conference and then ended up sitting beside one another on day one. I turned to this woman sitting next to me and we both had one of those ‘I know you’ moments. We quickly realized who we were and gave the appropriate squeal follow by a big hug. After only a few minutes I knew that we were meant to be friends. You can’t help but love her! 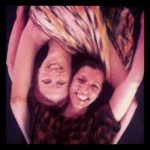 Tiffany had been tweeting with me the day before expressing her nervousness (she was due to speak in the morning of the second day). She asked me to come and be there for her. YES! of course I would come and lend moral support. That’s what friends do. I was planning on watching her online at home so that I wouldn’t have to be in the auditorium all day getting more and more nervous, but she asked me to be there and I certainly wasn’t going to let her down. I was a proud supporter sitting in the audience bright and early to see her talk. I made sure to DM (direct message her for those who aren’t familiar with Twitter) and told her I was there cheering her on. She came on staged and rock it. I’ll add her video here once it’s up online.

After her talk I ran out to meet her in the lobby and give her a big congratulatory hug. I expressed my nervousness and she assured me that she would be there for me in the audience cheering me on. Phew! I knew that it was important to gather all my friends in the auditorium when I went on so that I wouldn’t be too nervous on stage.

Later that morning, right before lunch, Liz Nead (@LizNead) went on stage. I had the pleasure of meeting Liz two nights prior to this at the VIP party. This firecracker of a woman came up to a group of us and loudly asked if we knew where the washroom was. It was clear she desperately need the washroom and requested such information with the biggest, most beautiful smile you have ever seen. We gave her directions to the facilities and then didn’t have the pleasure of seeing her again until the next day. 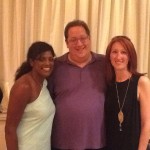 Liz, Jeff and Me

The next day I ran into Liz again… in the washroom, I kid you not. Clearly we were meant to be girlfriends seeing that our relationship was forming in the washroom…. something women tend to visit a lot together. She was just as loud and outgoing this second meeting, I knew she was someone I must have in my life. Then seeing her talk on stage sealed the deal, she and I would DEFINITELY be friends. I will post Liz’s talk here once it’s online. Her talk made me laugh out loud. My sides were hurting after she was done. It helped to calm me, I totally forgot about being nervous as I was swept away into her story. She is a funny, firecracker of a woman. And like Tiffany we became fast friends.

Two other great people I had the pleasure of meeting at the VIP party were Trefor Munn-Venn (TreforMV) and Travis Allison (@zoic). My girlfriend Leesa Butler (@theFlist) ,who drove down from Toronto with me for the conference, and I were talking about what her job should be when I was on stage. Should she tweet, video or take pictures… a lot of pressure to figure out what I wanted her to do. Just then Trefor pipes up and says, “Don’t worry about pictures, we have it covered! Travis will be sure to take pictures of you on stage.” Travis came to the conference armed with his camera that has a lens on it that was half as long as my arm. It was nice to know that I’d have someone take care of capturing pictures! Jeff was having the conference taped so we knew Leesa’s only job was to tweet for me! I’ve said it before and I’ll say it again, this conference was full of amazing people who wanted to do nothing but be supportive of you and Trefor and Travis were lovely. I was glad to get to know them over the course of the two days. See Travis’s pictures at the bottom of the post and visit his website for more great pictures of the conference! 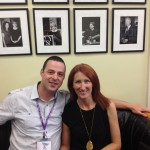 Steve and Me – My calming force in the green room

When it was time for me to go to the green room I quickly grabbed my friend Steve (@StephenWelton) and asked him to be my moral support back stage. I was starting to feel the butterflies have a party in my stomach. I’m normally not nervous when I go on stage, I have spoken in front of many many many audiences before. But for some reason, going on stage in NYC after Deepak Chopra was making me incredibly nervous. Steve could sense my nervousness and he said the most comforting thing: “It doesn’t matter that you are on stage directly after Deepak Chopra, each moment is an isolated moment and THAT moment will be yours.” Great advice! During my 45 minute wait in the green room Steve was able to keep me calm, make me laugh and give me comforting advice on how to rock the stage. So thank you Steve!

When I got back stage and was able to meet Deepak Chopra. This was a huge highlight of my time at the conference. 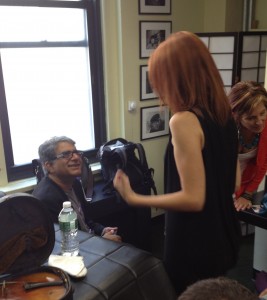 Introducing myself to Deepak Chopra 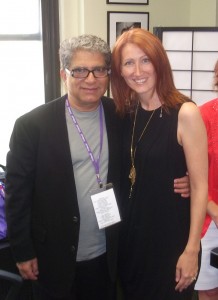 When it was my time to go on stage, Julia Rosien (@JuliaRosien), a lovely woman who has since became my friend, introduced me. It was lovely walking out on stage to a big hug from a woman I know and respect. Things are starting off great! I begin to tell my story (I’ll add the link to the video once it’s up online). I talk about my business and how it got started. I talked about having over 18 million views on You Tube and the lives I’ve been able to touch as a result of that exposure online. I read an email I received from a mom with a non-verbal, autistic child who I’ve managed to touch in a meaningful way (see part 1). After reading the email I received a huge cheer from the audience. Life was good and nerves were settled. I was supported on stage by not only my friends in the audience but by the whole audience! I ended my talk with a quote I live by “If you do nothing, nothing happens”. We as people need to make a choice to do SOMETHING, to share our lives, our passions, our interests with one another. If each one of us makes an impact in just one life then the world will become a better place. The only way we can do that is to be open, to share and to be caring to one another. There was a whole lot of caring, sharing and openness at the conference and I was lucky to be a part of it!

My talk was over! People cheer and Amanda Greene (@LAlupusLady) ran up to the stage to give me the ASL ‘I Love You’ sign. I went out to the lobby to hugs and congratulations.

Life was good! I did it!

Part 3 to come… What happened next and all the amazing people I met. 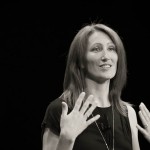 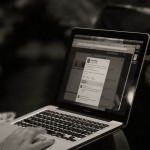 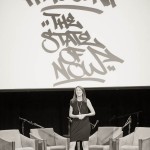 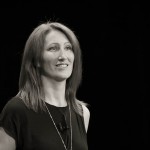