Why do businesses feel they need to play games? Some companies are known for the game playing – like used car salesmen. You know when you go to buy a used car you are going to get the salesman who will appear to be on your side and then say he’ll try and get you the best price from his boss who has the final approval. Then you wait while the salesman goes and “haggles” with his boss to bring price down for you, because he’s on your side.  You know this is going to happen, you expect it and you know the salesman is probably talking to his boss about the football game he watched on tv last night just buying some time before he can come out and give you the “best price” on the car. We, as consumers, expect this type of behavior from certain types of businesses. I hate it! I’m sure you do too.

Why do businesses think this is a good way to keep and attract customers?! I don’t want to do business with someone I know I’m going to have to fight with. 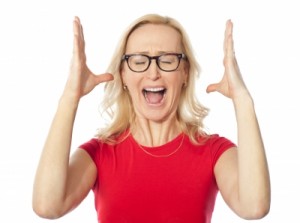 I recently had a gross experience with a cell phone company. My contract had expired years ago and I just stayed with them on a month-to-month basis. Finally my phone died and I had to look at getting a new one. I figured that I would go in to see what phone plan would be available and what phone I could get. The sales person said that I should be able to get a better plan that the advertised one through customer loyalty services. The sale person couldn’t authorize a new contract for me, I’d have to call in to customer loyalty myself. She said I could use their phone and she put me through.

I talked to the person on the other end and told them that their competitor was offering X and asked if I could get a similar deal. The person told me he would see what he could do and put me on hold (for a very long time). When he came back on the line he broke down the competitor’s deal by doing some crazy math – if you figure their monthly blah and add their yearly blah and blah, blah, blah then you’d be paying more like XX a month and not X. Then he goes on to tell me that the deal he can offer me is the one they have online. I say that’s not good enough and he says have a good day and hangs up.

I am now angry and ready to leave the store, the sales person (who was a very sweet girl) asks me what happened? I told her and she was clearly upset for me. She said, “Let me call them.” She calls in and gets another customer service rep. She explains to the rep that she received a different offer for another customer in the morning and that she would like that same offer for me. Then I hear the person on the other end of the phone say, “Whose side are you on?”

Whose side is she on?? I didn’t realize there were sides when it came to getting a cell phone plan. Why do they have to make the whole process feel so gross?

The sales woman was also annoyed at the question and was in a fairly heated argument with the woman on the other end of the phone. She was finally able to secure me the deal she figured I’d get from being a loyal customer. She explained that it’s never been that hard before. Normally the customer calls in and gets one price then the sales person offers to call back on their behalf and secures them an even better price, coming across as a great hero that was really working for you – the customer. This is a game they play. It is the routine, the norm.

Why I ask?? Why do businesses feel the need to play games with customers?! It’s an infuriating process to go through. And I can tell you, if there were a phone company out there that didn’t play games then I would happily move my business to them. I will certainly ask around when my existing contract is up.

We, as businesses, need to move into a different mindset, one that is not to play games with customers. We need to find a way to attract customers to our businesses because they WANT to do business with us and they WANT to remain loyal because we are GOOD to them. Word of mouth, especially in this day and age of social media, is priceless. We need to get back to the olden day philosophy where our reputation as a business and treatment of customers was what grew our brands and not who can be the sleaziest without getting caught!